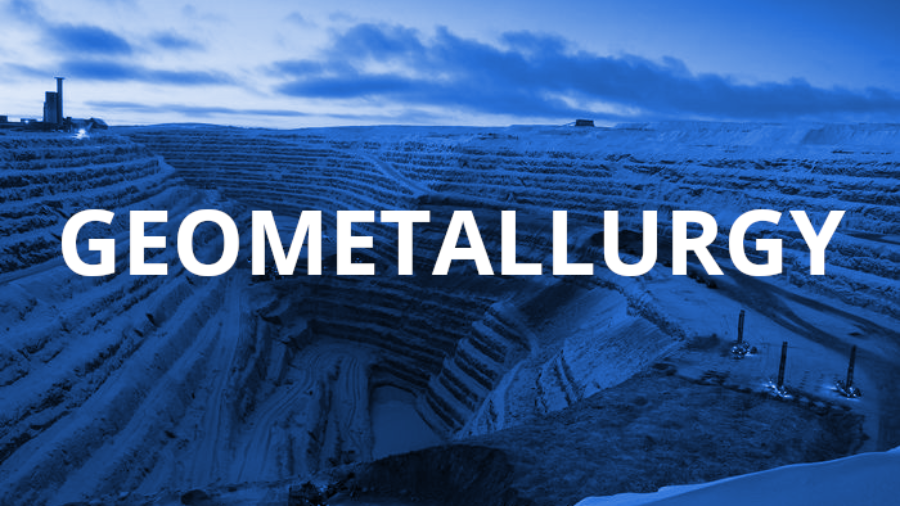 Geometallurgy is a discipline that combines geology, mining and metallurgy, in order to generate models to predict the metallurgical response of the minerals prior to their extraction. These models allow establishing business optimization strategies with a holistic view of the process, in contrast to the classical approach that optimized the mining and metallurgical processes separately.

The geometallurgical process consists, in general terms, of sampling (preferably drill cores) that match some classification of lithology and alteration in the mining plan to be characterized by laboratory metallurgical tests. The geological and metallurgical results obtained are incorporated into the geostatistical modelling, the block model and the mining plan based on a mining economic sequence metallurgical. The process described is quite complex and involves several iterations and levels of detail, depending on the level of certainty required.

At Aminpro we understand this process, as we have supported the geometallurgical campaigns of several companies worldwide, as seen in Fig. 1. Our role begins at sample selection, a key step in ensuring the representativeness of the results. Our sample selection methodology aims to make the average and standard deviation of the grades of at least two chemical elements similar between the In-Situ data and the sub-samples selected for metallurgical testing. This same criterion is considered when compositing samples to represent Geometallurgical Units (GMUs).

Once the samples have been selected, both for variability analysis and for the representative composites of each GMU, the metallurgical testing campaign begins. At Aminpro we offer industry-standard and other modified tests of our own, aimed at investigating the hardness of minerals, their flotation kinetics and rheological behaviour of the tailings to be generated. Table 1 shows some of the tests we commonly run in geometallurgical campaigns.

Finally, the process production sequences are modelled using all the results of metallurgical tests according to the sequence of the run-of-mine, generating a production forecast, with the costs and incomes from the sale of concentrates. Our AminFloat simulator is used in the feasibility stage to economically optimize the design criteria of various circuits. As a result, we provide the client with a report with metallurgical performance estimates for the first years of operation that allows justifying the financing of the project.

If you are looking for more information about our work in Geometallurgy, do not hesitate to contact us.

We are Aminpro, a metallurgical consultancy that offers services of engineering, modeling, simulation and optimization of concentrator plants and tailings operations. We always look for complete customer satisfaction.

We have metallurgical laboratory and pilot plant.